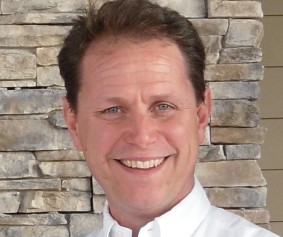 Derek Skees was born in Orlando Florida, and moved to Montana when he was in grade school. Loves the great outdoors and all the opportunities for enjoying nature in Big Sky country and quickly grew to call this incredible state home. Derek graduated from Columbia Falls Senior High in the class of ’86, and like many in his class sought his initial experiences outside of the state. Moved to Florida to be near his mother after graduation and went on to earn an AA from Seminole Community College and attend the University of Central Florida. Derek returned to Montana by late 1998.

Derek was elected to the Montana House of Representatives and served in 2011 representing Whitefish in HD4. His experience in over 12 years of management with UPS followed by 14 years of small business experience has developed a strong understanding of the hard work and the success that comes from it. Derek’s experience in business, both large and small, as well as an intimate knowledge of community concerns makes him an advocate for the citizens of Montana. Derek will fight for the energy rate payer in Montana, as he demonstrated during the 2011 Legislative session on the FRET committee. He will be a tireless warrior as your regulator of the private monopoly held companies in power, telephone and transportation.

He was honored to be re-elected to the House in a new district, HD11 and during the 2017 session he served as the vice chair on FRET continuing his hard work in the energy sectors of Montana. The special session of November 2017 was a unique and challenging one for Derek, yet he is extremely proud that he was a small part in shoring up a supposed $240 million dollar budget shortfall without raising taxes.

Derek was re-elected again in HD 11 for the 2019 session, where he was elected House Majority Whip by his peers, and was appointed vice-chair of FRET again, as well as vice-chair of House Ethics and Chair of House Rules committee. He is continuing his path as the energy policy expert in the Republican caucus, and was elected chair unanimously for the bipartisan ETIC (Energy Telecommunications Interim Committee).

Derek serves in the Flathead Republicans, his church and he volunteers his time and energy too many of the community outreaches in Flathead Valley. “My life has grown to become one of service to my family, community and God. It is this desire to serve that has drawn me to seek elected office.

Derek and his wife Ronalee share a touching love story that began his first year of college. He is father to 2 sons and a daughter and grandfather to 5. “Being a parent and grandparent has been the crowning achievement of my life and the source of all my happiness and joy”.